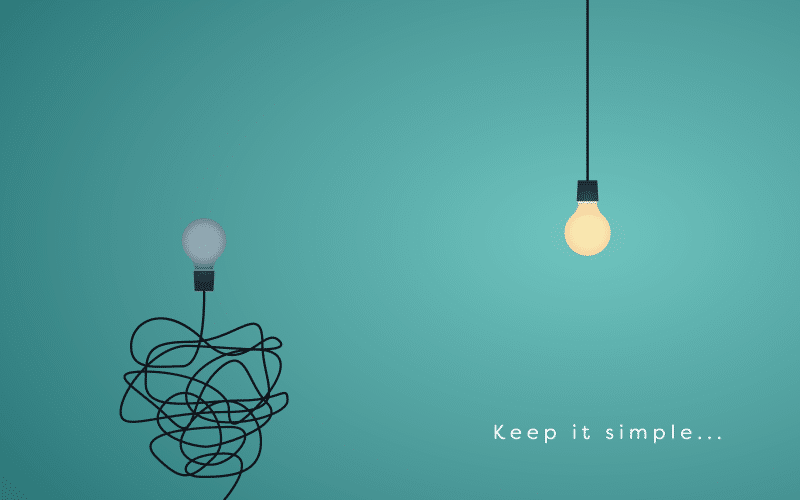 Contracting Doesn't Have To Be Complicated

How many times have you looked at a contract (NDA, employment agreement, SOW, merger agreement, etc.) and asked, “Why isn’t this in a language I can understand?” For those of us that aren’t lawyers (and probably for most lawyers, too) contracts certainly are tough to read and understand. But because contracts enshrine business rules, capture risk and reward and define governance, they need to be understood. In the enterprise, a contract is negotiated by several people and is interpreted by many others after it is executed. If contracts are going to facilitate effective negotiation and prove valuable after execution, then they have to be simple to understand by all stakeholders — lawyers and mortals alike.

There’s another side to this story. Contracts have become more complex as the risk and compliance environment has changed; the advent of GDPR,Brexit, FCPA and many other regulations made things more complex, and the risks associated with noncompliance increased. At the same time, the pace of business has increased, and many organizations are unknowingly taking on more risk.

The days of autonomous contracting are not far off. Transactions mentioned in the contract (for example, a payment on the SoW milestone) will need to happen automatically to keep up with the speed of business. But until then, how can you tackle the problem of making contracts more manageable?

These complexities have existed as long as the legal system has been in place. Overcoming them means first deciding that doing so is possible and beneficial. Remember that, ultimately, it’s all about money and risk. Reducing risk can make a business run safely, with better outcomes. With that in mind, follow these steps and take control.

It seems almost too easy to say that old adage "keep it simple, stupid" is the starting point, but as with most things, it holds true here. Swapping out jargon and overly complex legalese for plain language can impact the speed of negotiations, which should be a priority for any contracting effort. Acase studyfor GE Aviation’s digital services business depicted its shift to plain-speech contracts. By removing legalese and using high school-level language and shorter documents, the department was able to produce readable (but still iron-clad) contracts.

In today’s fast-paced world, change is the only constant. Regulatory environments change more often than the weather. To stay ahead of evolving business relationships, companies need an efficient way to drive contract standardization. Several components are necessary to support standardization, including a comprehensive clause and template library, as well as support for rules-based selection of clauses. Standardization not only improves the velocity of contracts, but it also helps to ensure consistency, significantly reducing the risk inherent in contractual relationships.

Most business contracts today are still somewhat attached to older systems due to things like regulatory requirements in specific industries, international dealings with countries that require hard copies or even security fears due to lack of faith in technology. Modernizing these transactions while meeting requirements has given birth to helpful innovations. However, it’s a big leap from clever workarounds that digitize old methods to smart contracting and the coming age of hyper-automation. Businesses need to take a broad, honest look at their systems and readiness to deploy new technologies.

4. Make AI work to your advantage.

As AI advances, you can explore ways to make it work even harder for you. Once you’ve completed all of the steps outlined above, AI-backed technology for better contract management becomes much easier to rationalize and budget. I work in visual contracting, and I know how simple it can make this process. You can use AI to extract components of a contract — clauses, terms, obligations, entitlements, etc. — and create visual representations of how they interact with one another to provide a holistic view of the document. You can then click and drag models to see how certain changes might affect the outcome.

By following these four steps, you’ll have a single source of truth for every contract associated with your operations. This provides deep insights within and across contracts, ultimately unlocking hidden value. With enterprise contract management becoming another system of record, this is the time to take a hard look at your contract process.