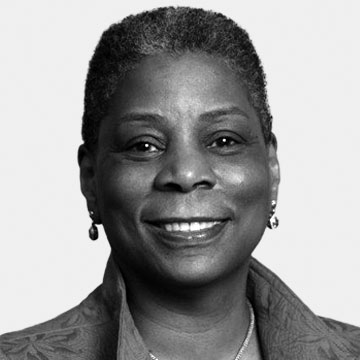 Ursula Burns is a Senior Advisor of Teneo Ltd and the former Chairman and CEO of the Xerox Corporation and VEON Ltd.

Ursula, who regularly appears on Fortune’s and Forbes’ list of the world’s most powerful women, is a board director of Exxon Mobil, Nestlé, and Uber. U.S. President Barack Obama appointed Ursula to help lead the White House national program on Science, Technology, Engineering, and Math (STEM) from 2009-2016, and she served as chair of the President’s Export Council from 2015-2016 serving as vice-chair 2010-2015.

She provides leadership counsel to several other community, educational, and non-profit organizations including the Ford Foundation, the Massachusetts Institute of Technology (MIT) Corporation, Cornell Tech Board of Overseers, the New York City Ballet, and the Mayo Clinic among others. Burns is also a member of the National Academy of Engineering, The Royal Academy of Engineering, and the American Academy of Arts and Sciences.