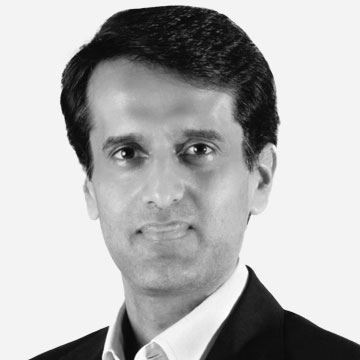 Kabir is a Partner at B Capital, a global tech fund with offices in Singapore, San Francisco, and Los Angeles. Kabir is based out of the firm’s Singapore office. Kabir brings over 15 years of experience in running his family-owned business, management consulting, and private equity.

Most recently, Kabir was a Managing Director at Eight Roads Ventures, Fidelity’s venture capital investment arm, where he led technology and financial services investments. Kabir led & sourced investments and was on several Boards including AbsolutData, Bankbazaar, IFMR Capital, Icertis, Toppr, and Shadowfax. He was also a member of the Regional Partnership, which evaluated investment opportunities across Asia, including China and Japan.

Previously, Kabir was with Warburg Pincus where he completed investments in a leading budget hotel chain, a port, and a BPO company in India. Prior to that, he worked at leading consulting firms, McKinsey & Co. (India) and the Boston Consulting Group (USA). His consulting projects focused on strategy and business building in the U.S., U.K., and India.

Kabir holds a BA Hons degree in Mathematics from St. Stephen’s College and an MBA from the University of Oxford.