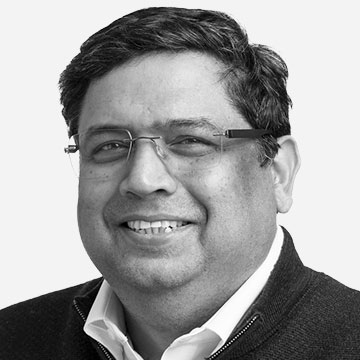 Anand brings with him over 25 years of global sales experience. He spent his early professional career at Tata Unisys and then with Digital Equipment India. He moved to the U.S. in 1999 and worked for Atos Origin running sales for their central region in the U.S. After returning to India, Anand was President of APAC for Triple Point. He was instrumental in leading the significant growth of Triple Point in the APAC region and development center in Pune, India.

His last role before joining Icertis was Vice President of Sales for Europe and APAC for KPIT Cummins. In addition to getting sales in the regions, he was also responsible for driving revenue of the Enterprise Consulting group of KPIT Cummins across the globe. During his tenure he doubled the revenue for the enterprise consulting group for KPIT.

Anand is a graduate in Electronics from Nagpur University. In his spare time, he is an avid motorcyclist and you will find him riding his 1948 rebuilt Bullet on weekend mornings. He says, “When I am on my bike, I am 18 again.”